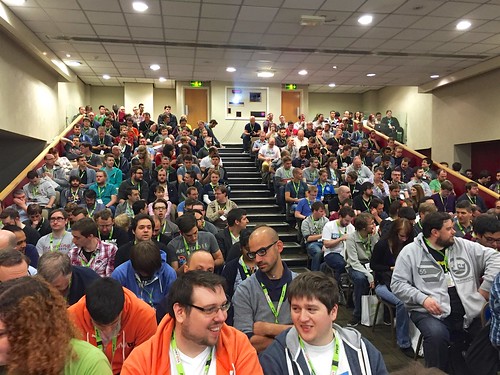 PHPNW is the 8th annual PHPNW Conference, and I think I'm lucky to be one of the few who have attended every year. This was something that Jeremy Coates mentioned out as we sat down the introductory session, but it was also good to see lots of new people attending the conference as well. It was a great conference with a great community feeling.

The keynote this year was by Meri Williams, who talked about Stealing People Lessons from Artificial Intelligence. Meri's career has been in both development and project management and she was able to use lessons learnt during her PhD thesis on artificial intelligence in order to think about how people respond to work. The concept sounds a little un-emotional at face value, but part of the principles of AI is making sure that all agents have their own goals. Meri was a funny and engaging speaker who talked about all kinds of interesting aspects of how people learn and grow.

After the keynote I stayed in track 1 to see Lorna Mitchell talk about What To Expect from PHP7. The soon to be released PHP7 has a few new additions and Lorna skillfully took us through them, showing how they can be used and what impact they would have on our coding. She also took time to show any breaking changes and what to do about them. The major piece of advice here was that we should be upgrading to PHP5.6 as soon as possible as the transition between that and PHP7 is minimal.

After a quick break I went to hear about Better late than never: Scalar Type Hints in PHP 7 with Andrea Faulds. Andrea is actually a PHP core contributor and this talk was partially about scalar type hints and partially about the inner workings of the PHP core development team. The back story of the inclusion of scalar type hints in PHP was interesting in itself, but I'm looking forward to making use of the type hinting system in the future.

After lunch (which was crowded, but good) I went to the session Dotting your i's and crossing your t's - how to make good code great from Juliette Reinders Folmer. I had seen Juliette give a talk a few years ago about character sets and fonts and I still remember some elements of it even now. This talk was a look over what constitutes good code, and how to go about finding it and refactoring it. There were a some familiar elements here but also some really good advise on technical debt, versioning, code smells and code complexity. The two main lessons from all of this were to automate where possible and to have a team that strive to make good code. 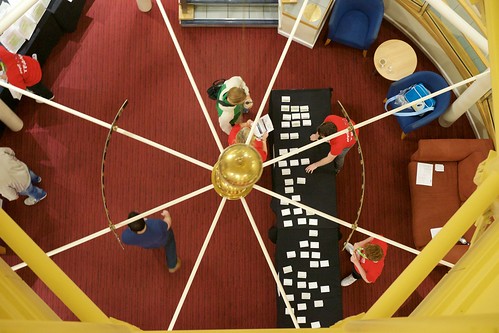 The penultimate session of the Saturday was Ciaran McNulty with Driving Design through Examples. This was a detailed look at both requirement gathering and behavioral testing using Behat. I've seen a few Behat talks in the past, but this was an interesting analysis of creating the right kinds of stories that will allow the code to be tested correctly. It also looked at using PHPSpec to create the classes that were to be tested.

Finally, I went to the session PHPUnit IV.III - Return of the tests from Michelangelo van Dam. Rather than just another talk about getting started with testing this talk was a look at how and what to test. There were plenty of stories and case studies about testing seemingly untestable code and refactoring legacy applications.

After all the sessions finished we went into the main hall to give out prizes and hear from the platinum sponsors UKFast. This was quickly followed by the social. The Friday night social was a lot of fun, as it normally is. I was treated to games of air hockey, slideshare karaoke, reaction testing, free beer, and lots of talking with some really awesome people.

Sunday started off with Thijs Feryn who talked about Getting things done with ElasticSearch. I have to admit that I hadn't really looked into ElasticSearch all that much as I have been concentrating my efforts with Solr. From what Thijs showed me I have to say that I'm really impressed with what ElasticSearch does and how it works. I've been meaning to take a look at it for a while now, but I'll definitely be giving it a shot after this.

Before the final session I went to see fellow Drupalist and NWDUG member Mike Bell give his session on Mental Health, Open Source and You. Mike gave this talk as an unconference talk at last years PHPNW and actually won his speaker slot for this year. Mental health is a really important topic, not just in the open source community, and people like Mike are doing great work in breaking down the taboo of mental health disorders. Mike starts with his own mental health problems before going on to show how common mental health problems are and what people can do to get help. Thanks again Mike, it was really great to see the full version of this talk. 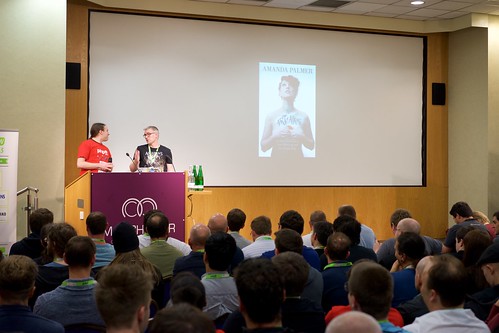 Finally, we had Stefan Koopmanschap, with the community keynote Developers are just like humans. This was a journey of self discovery that Stefan has gone through over the last few years. He recounted the story of getting to the conference where he had to deal with plane cancellations. He said that treating the people dealing with him with respect made them feel better and in turn made the journey better. His message of treating people with respect and asking people for help was important, but also that by sorting out your own inner problems you can make yourself happier. A really good inspirational talk to round off a great conference.

So again, a really great PHPNW. Every year at the conference I notice a theme running throughout the sessions and other things going on during the event. Last year that theme was 'community' and this year it was 'self'. Mike's talk about mental health and Stefan's keynote about improving yourself showed that by improving yourself, tackling your own problems and becoming a better person you can make the community better.

Massive thanks to the organising team, the sponsors, and everyone that attended to make PHPNW15 as awesome as ever. I'm already looking forward to PHPNW16 :)

Finally, thanks to Rob Allen for taking some great pictures of the conference, some of which can be seen above.